There will a poetry reading at David Krut Bookstore next Wednesday, 29 March. The poets who will be reading are Saaleha Idrees Bamjee, Gérard Rudolf,Makhosazana Xaba, Linda Lindrish Ndlovu, Arja Salafranca, Victor Khulile Nxumalo and some lunatic named Gary Cummiskey.
The address of the bookstore is 151 Jan Smuts Avenue, Rosebank, Johannesburg. Please do not confuse it with the David Krut Gallery, which is diagonally across the road, as there will probably not be anyone there.
There is secure parking on the corner of Jan Smuts and Wells.
The reading will start at 18:30.
RSVP to elzette@davidkrut.com. Refreshments will be served.
Posted by Gary Cummiskey at Wednesday, March 22, 2017 No comments:
Labels: Arja Salafranca, David Krut Bookstore, Gary Cummiskey, Gerard Rudolf, Khulile Nxumalo, Linda Ndlovu, Makhosazana Xaba, poetry, Saaleha Idrees Bamjee

'Anything can happen ..' An interview with French poet and collagist Bruno Sourdin by Gary Cummiskey 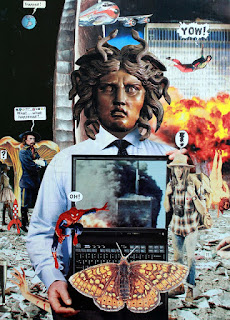 BS: We cannot refer to this period without mentioning the impact of the May Revolution of 1968 in France and how liberating it was for a whole generation I grew up with. I was barely 18 years old. It was both a rejection of the consumer society, a protest against knowledge, a revolutionary moment of illusion and a much-needed change of life. I can remember in those days the academic poets spoke like mandarins. We were on the brink of asphyxia. It was a pitiful old film, pathetic and especially very annoying. Poetry had lost its luminous glow. We lived those May 1968 events as emancipation — many slogans which seemed to come straight from a surrealist poetry book could be seen anywhere: “Under cobblestones is the beach”, “It is forbidden to forbid”, “Run away my friend, this old world is behind you”… Read more plus view collages and read poems by Bruno Sourdin, followed by poems by Gary Cummiskey
Posted by Gary Cummiskey at Tuesday, March 14, 2017 No comments:
Labels: Alain Jegou, Allen Ginsberg, art, Bob Kaufman, Bruno Sourdin, Claude Pelieu, Gary Cummiskey, Gregory Corso, Michael McClure, Pascal Ulrich, poetry, The Odd Magazine, William Burroughs 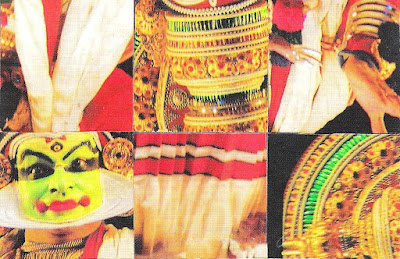 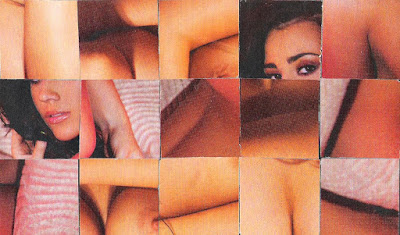