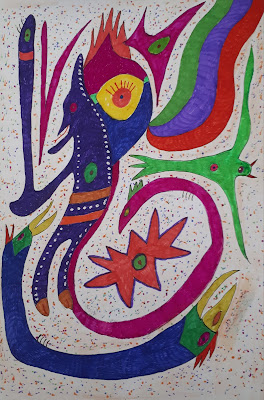 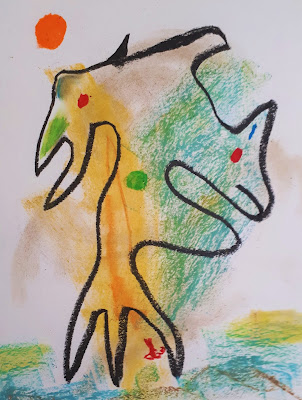 The presences in spring 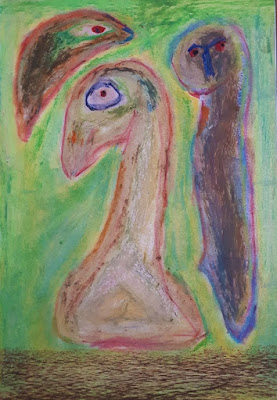 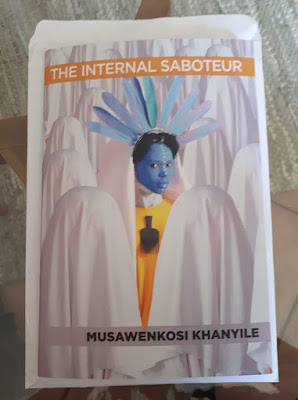 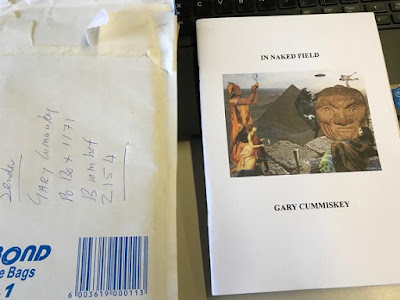 It has taken two months for a copy of In Naked Field to get from Johannesburg to Pretoria, which is less than an hour's drive away! Perhaps I will still receive the book posted from France in April ...
Posted by Gary Cummiskey at Friday, September 20, 2019 No comments:
Labels: Bruno Sourdin, Concrete Meat Press, Gary Cummiskey, In Naked Field, poetry 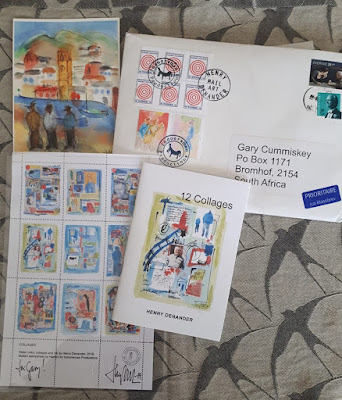 It is always a delight to receive surprise mail from Henry Denander - here we have art stamps, a postcard, a small collection of 12 collages, and of course a mail art envelope!
Posted by Gary Cummiskey at Friday, September 20, 2019 No comments:
Labels: collage, Henry Denander, Mail Art

New from Dye Hard Press: With the Safety Off by Graeme Feltham 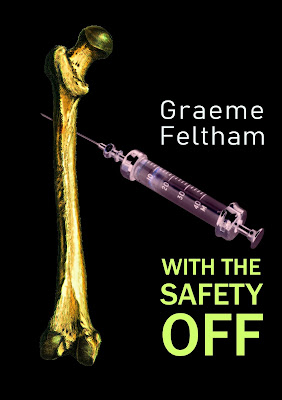 Newly published by Dye Hard Press, in collaboration with altoviolet:
With the Safety Off by Graeme Feltham
It’s Yeoville in the mid-1990s. Enter Fig, a copywriter with a penchant for living on the edge – staying up all night, having casual sex and snorting cocaine. Drifting from seedy clubs to grotty flats, Fig continues his aimless odyssey … until the day he falls asleep in a client presentation and is fired.
Nine months later Fig is hooked on heroin and turns to drug-dealing for survival. If his previous lifestyle skirted close to the danger zone, it’s now gloves off as he drops all pretence of respectability and descends into a world of syndicates and violence.
From now on, he’s living with the safety off.
A novel not for the faint-hearted ...
Graeme Feltham was born in 1965 and grew up in Uitenhage. He completed a degree in journalism at Rhodes University and moved to Johannesburg in the late 1980s. In addition to being a writer, he was an experimental composer and performance artist. His novella One Hundred Naked Beers was published by Brevitas in 2002. His work also appeared in literary journals such as New Coin and donga. Feltham died in December 2017.
With introductions by Luke Feltham and James de Villiers.
220 pp.
ISBN 978-0-9869982-6-3
Available directly from Dye Hard Press for R220, including postage. Should you want the book couriered, the price will be R250. Retail details due soon.
Currently South Africa only.
Posted by Gary Cummiskey at Monday, September 09, 2019 No comments:
Labels: altoviolet, Dye Hard Press, fiction, Graeme Feltham, James de Villiers, With the Safety Off

The eagle has landed ... 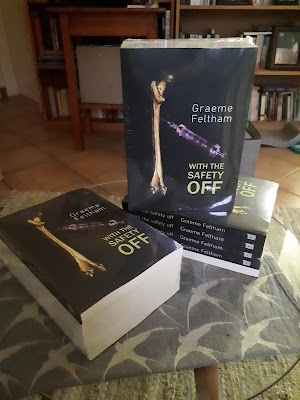