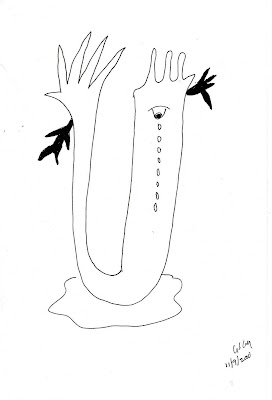 Poetry as intervention: an interview with Alan Finlay 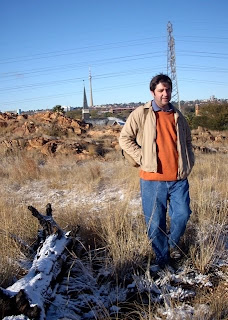 Alan Finlay lives in Johannesburg where he works as a writer, researcher and editor on issues of media freedoms and internet rights. His poems have appeared in various journals locally and abroad, and short selections of his poetry have been published by small presses. Over the years he has founded and edited a number of literary publications, including Bleksem and donga (with Paul Wessels). With Arja Salafranca he co-edited a collection of prose and poetry called glass jars among trees (Jacana, 2003). He was editor of New Coin poetry journal from 2003-2007. His latest collection of poems, pushing from the riverbank, is to be published by Dye Hard Press in October 2010.
To read the interview, click here
Posted by Gary Cummiskey at Thursday, September 23, 2010 No comments:
Labels: Alan Finlay, Dye Hard Interviews, Dye Hard Press, Incwadi, New Coin, New Contrast, poetry, pushing from the riverbank 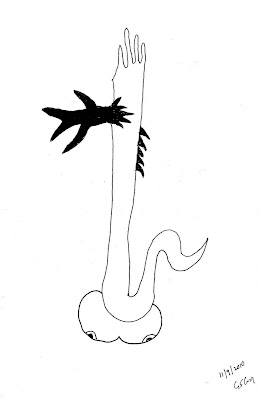 
A short film by Mandilakhe Yengo, starring Alude Mahali, and based on my poem 'Corner Cafe' from the collection, Today is their Creator. The film was premiered as part of South Africa's City Breath Festival of Video Performance and Poetry.
Posted by Gary Cummiskey at Sunday, September 05, 2010 No comments:
Labels: (Un)veiling, film, Mandilakhe Yengo, poetry, Today is Their Creator

A daisy in the memory of a shark - Pete Winslow 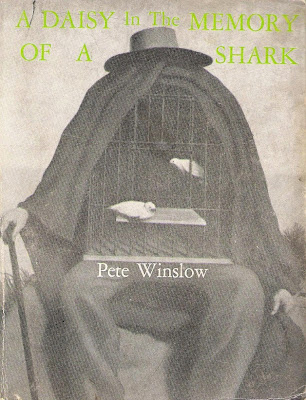 I called the ocean by its first name
I became an eon but a billion years passed in an instant...

A strange wind carries children to the tops of buildings...

How may I become your clothes when you are so lovely nude
This is the problem of the moon
Whose solution is to disappear...

The invisible telephones of the wind are ringing...

I am famous for the beer which flows from my hair...

Morning stretched its layers of light so softly
That hundreds of night creatures caught unaware
Run about on the table while we have coffee...

I bid my life for the girl tasting of poppies...

The murmur of the city is the beginning of the earthquake...

Your eyelids close
And you inspect me with your alternate eyes...

My pillow over my face
Its hair turning my mind to feathers...

My portrait is ill today its hair is falling out...
Posted by Gary Cummiskey at Saturday, September 04, 2010 1 comment:
Labels: A daisy in the memory of a shark, City Lights, Pete Winslow, surrealism

Sinclair Beiles: The first poet in space by Heathcote Williams

“The poetry of Sinclair Beiles is distinguished and long distilled; its unexpected striking images bring a flash of surprised recognition. The poems open slowly in your mind, like Japanese paper flowers in water.”

Despite Burroughs’ impressive recommendation Sinclair Beiles often fell asleep during his own poetry readings thanks to a hefty diet of prescription drugs which Sinclair would carry around in a large plastic bag and which were always placed beside him on-stage so as to be within easy reach. This was a pity since Sinclair’s poems, as Burroughs had attested, were worth listening to, once he could be aroused...Full text available as a PDF here
(This piece was first published in The Raconteur. Copyright: Heathcote Williams)
Posted by Gary Cummiskey at Saturday, September 04, 2010 No comments:
Labels: Heathcote Williams, Sinclair Beiles, Who was Sinclair Beiles?

Forthcoming publication from Dye Hard Press: pushing from the riverbank by Alan Finlay 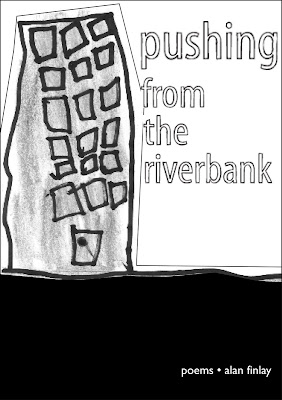 Publication scheduled for the end of October.
Price and availability to be confirmed.

Previous titles by Alan Finlay include Burning Aloes (Dye Hard Press, 1994) No Free Sleeping (with Vonani Bila and Donald Parenzee) (Botsotso, 1998) and The Red Laughter of Guns in Green Summer Rain (with Philip Zhuwao), published by Dye Hard Press in 2002. In 2003 he co-edited with Arja Salafranca glass jars among trees, an alternative anthology of poetry and prose, published by Jacana.