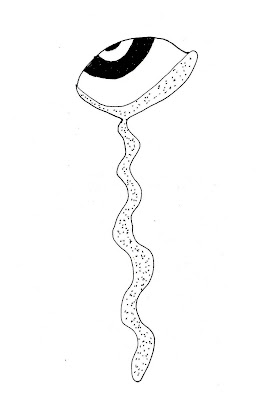 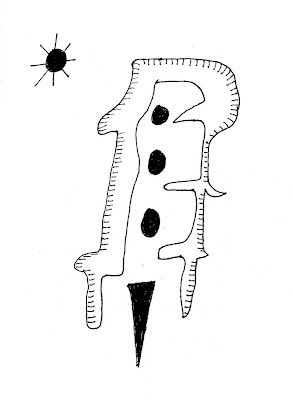 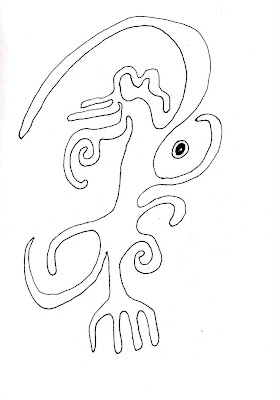 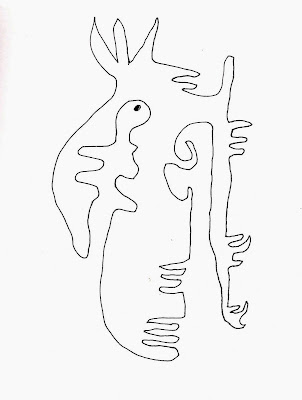 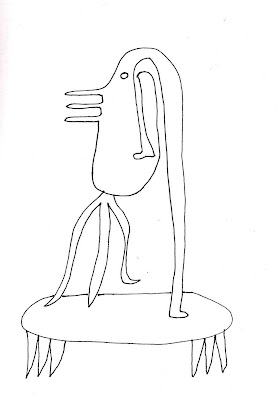 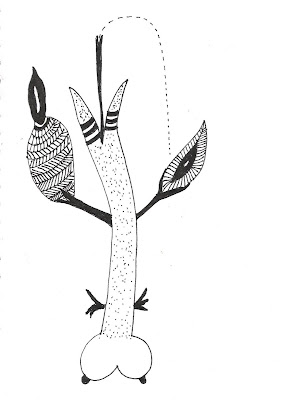 The Thin Line by Arja Salafranca 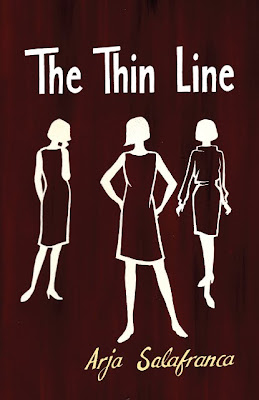 Arja Salafranca's debut collection of short fiction, The Thin Line, is to be published by Modjaji Books next month. Salafranca is the author of two collections of poetry, including The fire in which we burn, published by Dye Hard Press in 2000. She is also a regular contributor to Green Dragon.

Posted by Gary Cummiskey at Friday, March 26, 2010 No comments:
Labels: Arja Salafranca, Green Dragon, Modjaji Books, The fire in which we burn, The Thin Line 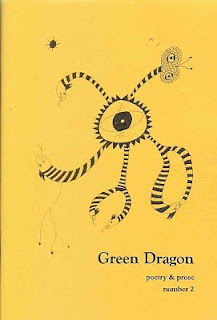 Excerpts from Who was Sinclair Beiles? on RealityStudio

"The following is an excerpt from Gary Cummiskey and Eva Kowalska, Who Was Sinclair Beiles?, published in 2009 by Dye Hard Press. The book contains interviews and essays that create a portrait of Sinclair Beiles, the South African poet who worked for Olympia Press, helped to edit Naked Lunch, and collaborated with William Burroughs, Brion Gysin, and Gregory Corso on the first cut-up book, Minutes to Go."...Read more here
Posted by Gary Cummiskey at Thursday, March 18, 2010 No comments:
Labels: Brion Gysin, Dye Hard Press, Eva Kowalska, Gary Cummiskey, Gregory Corso, RealityStudio, Who was Sinclair Beiles?, William Burroughs

A poetic odyssey on wings

It was late 1994 when Alan Finlay told me he’d found a venue for us to read our poems. It was at a monthly event called Odyssey Theatre, at the students’ spot called Wings, in Braamfontein, diagonally across from Wits University and opposite Liberty Life head office.

For our first night there, Alan had told me we would be reading about 6.30, so I had got out there about six, to find the place deserted except for the organisers, Alex and Martin, who told me the evening’s proceedings were starting only at eight – something which bugged me, because I was in the middle of writing exams and had wanted to finish the reading and be home by about 7.30 and start swotting. When Alan arrived he also seemed put out by this news, but what the hell, we were there, so we might as well go with the flow.

Before Alan had pitched up there was another young guy hanging around, with a guitar, a rather quiet, shy type; for some reason he had also pitched up too early. We smoked a cigarette together and got chatting. His name was Matthew van der Want and it was his first gig, as I recall. It was my first reading and I was a nervous wreck but as Matthew pointed out, it was good to be nervous because it built up adrenalin.

By about 7.30 the crowds – mainly students, of course – were beginning to pile in and the empty beer bottles on our table were beginning to pile up. There had been a poster advertising the event, highlighting the appearance of “Four Poets On A Mission”, naming Alan Finlay, Robert Homem, Robert Berold and myself, though actually neither Homem nor Berold were there. Allan Kolski Horwitz and Anna Varney also read that night, and it was the first that I met them.

Odyssey Theatre was a mixture of music, poetry and performance – but mainly music. The first act that night was some hectic band, I can’t remember what their name was but they were damn loud – Allan and Anna sat with their fingers in their ears. While the band played some guy at the back of the stage was doing a painting, and at the end of the act he handed to the painting to someone in the audience.

One of the highlights of the evening though was Matthew and that first night he sang The Ville Blues, which was later to be published in the poetry anthology The Heart in Exile. I loved the lines:

By the time I got onstage, about 9ish, I was almost staggering but at least all the beers had helped my hands from shaking. It was weird getting up on stage and staring into the darkness, you just couldn’t see anyone, only hear cheers or laughter – and of course the applause. It was encouraging and what was even better was that we got a bit of payment for our performance.

It was an exciting time. The first democratic elections had happened in April and a much-feared civil war did not occur. Nelson Mandela was president and there was a sense of relief and euphoria. South Africa was going forward and there was a tremendous amount of creative energy. There was a burst of small presses on the scene – Roy Blumenthal’s Barefoot Press, Botsotso, Bleksem, Something Quarterly and I had started up Dye Hard Press. The audiences at Wings were interested in what we had to read and publish; there was a receptiveness to a poetry that was different from what people had been taught at school and they welcomed our voices.

Diamonds are forever
Like de Beers in Angola
But the coke we love to import
Isn’t: ALWAYS COCA-COLA

There was a very quiet guy named John Raubenheimer, He had been a journalist and had resigned in order to try to live full time by his creative writing; and now I wonder what became of him. Then there was Brett Locke, who read his nakedly honest gay poems about desire and loneliness – poems he later collected into a small chapbook called 13 Poems for The Superstitious.

Looking back, there seemed to be a definite lack of black poets and performers at the venue. I think it was mainly a white line-up. Even though Botsotso Jesters Allan and Anna performed, I don’t think I ever saw the other members of the group – IkeMboneni Muila, Siphiwe Ka Ngwenya and Isabella Motadinyane - perform there.

I also remember a hectic performance group who did weird pieces with hecticl music and flicker lights. Alex reminded me just last week that they were called Breinskade. I remember asking one of the performers what inspired their pieces and he replied:” Lotsa drugs, man, lotsa drugs!”

There was also the MC, Cito, who used to talk with what seemed like a put-on American accent – this being a time when there were quite a few imitation Jim Morrisons running around Johannesburg. Cito, however came from Pretoria.

I recall the names of Battery 9 and Chris Chameleon being passed around at the Theatre, but I am not sure if they ever performed there, or if they did, maybe it was one of the nights when I did not attend.

Whom I do remember very clearly was a blues player called Black Paul, who would have difficulty getting off the stage. "Just one last song!” he’d say after hogging the stage for about half an hour, then just carry on playing more and more songs. It was annoying as it threw the whole schedule out, and some people - I think myself on one occasion – who were scheduled to read at 9 only got on stage at 11. I heard that once it was so bad they pulled the lights on him.

So the Theatre rolled on for months but eventually I felt there was a drop in energy becoming evident. At the last reading I gave at the Theatre there was a definite change in vibe. The audience was bad; they talked all the way through the first performance, a woman singing softly and playing on keyboards. When I got up to read it was the same thing – I could just hear talking and I at one point I was tempted to just stop and give it a miss, but I carried on to the end. There was clearly no interest in what I was saying.

It was probably also around this time that the initial euphoria of the elections began to wear off. Violent crime was rearing its head and a huge sense of fear was settling in. At work almost every day someone told of themselves or a family member or of a friend being robbed, hijacked, raped, assaulted or even murdered. The economy was going to pieces, interest rates rising and job creation not occurring. Emigration was becoming a hot topic.

By the end of the 1990s there was also a decrease in the number of literary journals appearing, and of those small presses that started up in Johannesburg during the period of the Odyssey Theatre only Dye Hard Press and Botsotso remain – and even I axed Dye Hard temporarily in 1999. There was also a drop in poetry reading venues in the area, although Pretoria’s Up The Creek took up the mantle for a while. I don’t think that in the past 10 years or so Johannesburg has had anything to replace what was happening back then at Wings.

For me, the Odyssey Theatre was an inspiring experience at a time when poetic and innovative creativity was welcomed more easily and audiences were more receptive, interested and engaging. But perhaps the time was also more innocent – it was certainly more hopeful - and in various ways I was naive about what was happening and what could be achieved.
Posted by Gary Cummiskey at Wednesday, March 10, 2010 2 comments:
Labels: Alan Finlay, Allan Kolski Horwitz, Bleksem, Botsotso, Dye Hard Press, Roy Blumenthal, Wings

Rough Rider: an interview with Gary Cummiskey by Pravasan Pillay 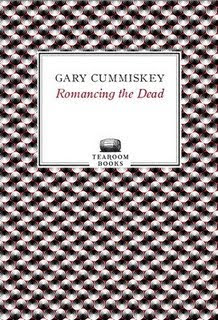