Robert Berold on Romancing the Dead

Gary Cummiskey's Romancing the Dead is a 20 page collection of dream fragments and images -- more prose poems than stories -- which orbit round the confused intersections of death and sex. While the content is dark, frustrated, alienated and at times shocking, the texture of the writing is innocent, straightforward and non-egotistical. I hope Cummiskey will take this direction further into longer narrative forms. Thanks to Tearoom Books for showing how attractive very short books (chapbooks) can be. From both writer and publisher -- more please!

April in the Moon-Sun available as free ebook 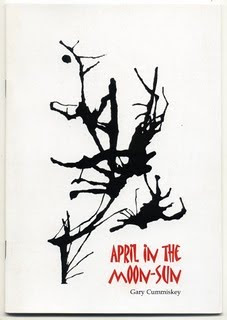 April in the Moon-Sun by Gary Cummiskey, published by Dye Hard Press in 2006 and now out of print, is an astonishing cut-up prose sequence with delirious images shifting between Johannesburg and London, capturing the instances of experience through a simultaneous and multi-layered kaleidoscope rather than by linear perception.

With the appetite of a new razor blade, Gary Cummiskey’s latest collection Romancing the Dead (Tearoom Books, Durban), slices through pretence and politeness. It is tough writing. It is uncomfortable. In your face. Tough and uncomfortable and in your face the way Lesego Rampolokeng is, or Cormac McCarthy, in his early novels – Child of God and Outer Dark. But unlike these two authors, Cummiskey’s eye and ear are far too world-wise (and weary) to take themselves very seriously...Read more here
Posted by Gary Cummiskey at Sunday, January 17, 2010 No comments:
Labels: Gary Cummiskey, Kobus Moolman, Romancing the Dead, Tearoom Books 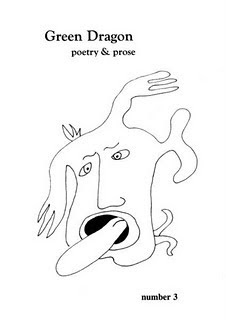 Atio was a short-lived poetry jounal that Dye Hard Press brought out in those heady days of the South African poetry renaissance of the mid-1990s. 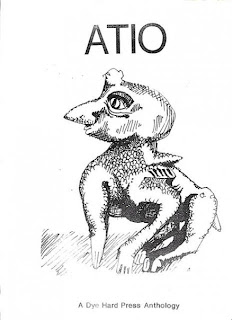 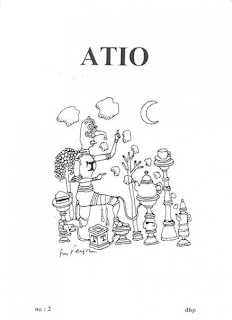 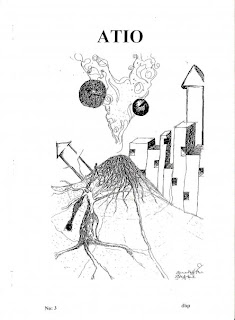 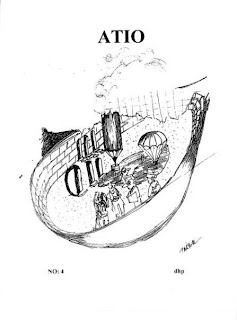