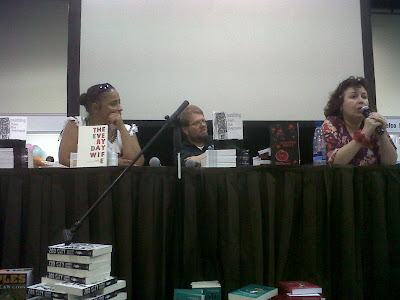 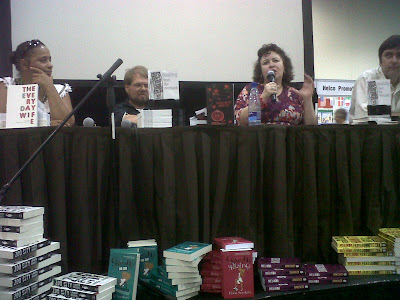 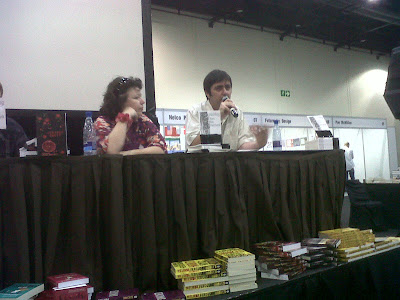 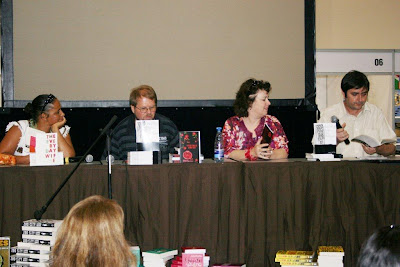 Short, frantic and not that insightful: a review of Misadventures of a COPE volunteer by Michiel le Roux

Considering the leadership battles that continue to wrack the Congress of the People (COPE), it is sometimes hard to believe it was not too long ago that COPE was a newly formed party tipped by hopefuls to become a formidable black-led opposition to the African National Congress (ANC). After all, with the US having elected its first black president, why couldn’t SA undergo a similar radical and unlikely shake-up? Read more here
Posted by Gary Cummiskey at Monday, November 29, 2010 No comments:
Labels: Business Day, Gary Cummiskey, Michiel le Roux, Misadventures of a COPE volunteer, Tafelberg 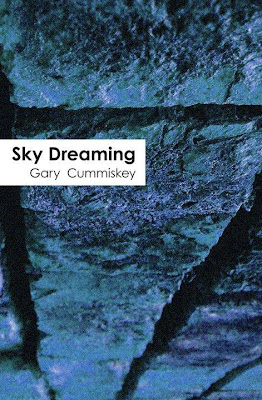 This Saturday, 27 November, 4pm at BookEx: Alan Finlay, author of pushing from the riverbank, (newly published by Dye Hard Press) will be on a poetry discussion panel with Helen Moffett (Strange Fruit, Modjaji Books) and Phillippa Yaa De Villiers (The Everyday Wife, Modjaji Books). The discussion will be chaired by Gary Cummiskey.

The venue is the Sandton Convention Centre, Sandton, Johannesburg. 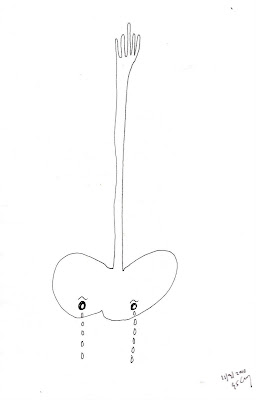 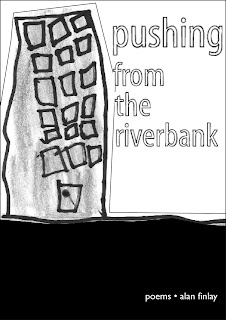 Dye Hard Press is proud to announce the publication of pushing from the riverbank by alan finlay.

A new collection of 20 poems by one of South Africa's most innovative poets. 46 pages, perfect bound.

One of the poems from the collection is:

i am explaining to my son
you see, crocodiles eat people
“but why?” because they’re meat eaters

because they’re hungry, i don’t know
i begin to build the food chain in my mind.
so that’s why, i finish off

i’m telling my three-year-old child
that the world is not so safe
but he knows already: he’s fighting

dragons with his sword, shooting
down dinosaurs, closing the door so
strangers don’t come in. he’s picked up

on the shadows -- they’re real enough
for him. He sits on the edge of the bed,
waiting, watching me get dressed.


Previous titles by alan finlay include Burning Aloes (Dye Hard Press, 1994) No Free Sleeping (with Vonani Bila and Donald Parenzee) (Botsotso, 1998) and The Red Laughter of Guns in Green Summer Rain (with Philip Zhuwao), published by Dye Hard Press in 2002. In 2003 he co-edited with Arja Salafranca glass jars among trees, an alternative anthology of poetry and prose, published by Jacana.

pushing from the riverbank will be available at bookstores countrywide at an estimated retail price of R90. You can also order directly from Dye Hard Press for R65 (including postage).
Posted by Gary Cummiskey at Thursday, November 04, 2010 No comments:
Labels: Alan Finlay, Dye Hard Press, poetry, pushing from the riverbank
Newer Posts Older Posts Home
Subscribe to: Posts (Atom)