Forthcoming from Tearoom Books: Romancing the Dead by Gary Cummiskey 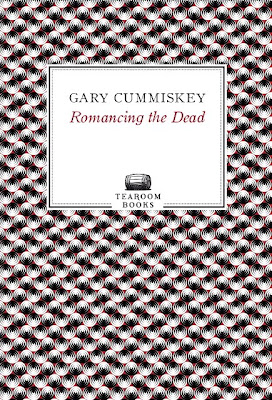 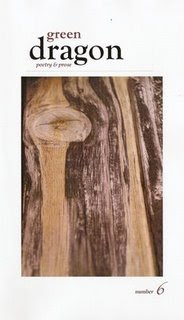 The voices range from established names such as Kobus Moolman and Kelwyn Sole, to newer ones such as Neo Molefe Shameeyaa. There is the performance-orientated work of Richard Fox and Mphutlane wa Bofelo, and the socio-political voice of Vonani Bila. There are mavericks such as Aryan Kaganof and Goodenough Mashego, and the subjective lyricism of Alan Finlay and Mxolisi Nyezwa. There are also several women represented: Arja Salafranca, Haidee Kruger, Janet van Eeden, Megan Hall, Colleen Higgs, Makhosazana Xaba and Neo Molefe Shameeyaa.

The short fiction selection is only a handful of pieces, but again it is hoped they will indicate the diversity of short fiction writing in South Africa: from the poetic prose of Haidee Kruger and fantasy of Silke Heiss, to the playfulness of Liesl Jobson. There are the parables of Allan Kolski Horwitz and the exploration of relationships in the realistic work of Colleen Higgs and Arja Salafranca. Pravasan Pillay's story is a sensitive study of early adolescence while Gary Cummiskey's surreal horror story touches on issues central to a historically divided society: isolation, the Other, uncertainty and violence.
Posted by Gary Cummiskey at Sunday, August 02, 2009 No comments:
Labels: Big Bridge, fiction, poetry

When second-hand becomes a crime

Any law that aims to reduce crime in South Africa is always welcomed by most people, but legislation passed on April 1 is set to create havoc for the county’s substantial second-hand bookstore industry - at best, introducing an administrative headache for book dealers and, at worst, resulting in the demise of the industry.

The Second-Hand Goods Act aims to reduce the trade of stolen goods, and focuses on items such as scrap metal, mobile phones, motor vehicles and parts, antique goods, household and office equipment, and, believe it or not, books.

Among other things, the Act demands that:

• Second-hand book dealers register with the South African Police Service (SAPS) and obtain a licence that is valid for five years, is not transferable and must be displayed in the shop at all times
• Second-hand bookstore owners have to be fingerprinted
• Customers who buy books valued at more than R100 will have to provide proof of identity, as well contact details such as telephone numbers and residential address
• People who sell books to dealers also have to provide their details
• Dealers are not allowed to remove stock to another location, such as their home
• New stock is not allowed to be offered for sale for seven days
• Second-hand bookstores will be subjected to inspections by the SAPS
• If stores are found not to comply with procedures, the SAPS has the right to close them down

The bill was originally drawn up in 2005, but did not get the attention of second-hand book dealers until last year, when newspapers carried reports that certain second-hand bookstores in Long Street, Cape Town had been raided by police on allegations that stolen books were being sold. Even more disturbing were subsequent reports that Long Street book-dealers continued to be harassed by the police, when the bill had not yet been signed into law.

To address the matter on behalf of the industry, the Southern African Book Dealers’ Association made a submission to the government requesting that books be removed the items targeted. The arguments behind the request included that books generally have low commercial value and are not targeted by organised crime, and that books are generally mass produced and do not carry individually identifying features. It was also pointed that the administrative burden placed on book dealers would discourage opening new stores, thus hampering the growth of the industry and possibly even closing some stores. It was also highlighted that second-hand bookstores play a huge role in providing textbooks to students at affordable prices. Textbooks are also often required by students urgently and the seven-day holding period on new stock would prove detrimental to both bookstore revenue and students.

All this was to no avail, however, as the government was adamant books would remain on the list.

Ian Balchin, head of the Southern African Book Dealers’ Association, says that from now it is a matter of entering into a consultative process with the legal services department of the SAPS. This will involve drawing up the regulations for the industry and it is hoped that the association will be able to negotiate better terms and ease the administrative burden for book dealers.

Of course, a big question is whether the police have the resources to run around checking up on South Africa’s roughly 300 second-hand bookstores.

A few second-hand book dealers I have spoken to in Johannesburg are obviously very concerned about the effects of the Act, while two smaller bookstores didn’t seem to know too much about it.
Posted by Gary Cummiskey at Saturday, August 01, 2009 No comments:
Labels: Books, Gary Cummiskey
Newer Posts Older Posts Home
Subscribe to: Posts (Atom)