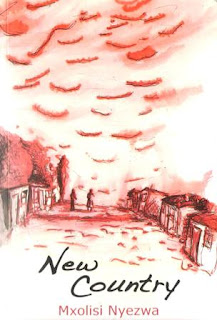 This is a second collection from the excellent Eastern Cape poet Mxolisi Nyezwa. As the blurb says, Nyezwa's work is lyrical and deeply expressionistis, and register the intuitiveness of Nyezwa's vision of his land and his life. Nyezwa has carved for himself a voice and a style that is entirely his own and unlike any other South African poet before him.

One of the poems reads:

could not tell me
why the moon
tore her heart
and wrung her body
like a spell.

New country is published by University of KwaZulu-Natal Press and is available in bookstores countrywide.
Posted by Gary Cummiskey at Wednesday, October 29, 2008 No comments:
Labels: Mxolisi Nyezwa, New country, poetry 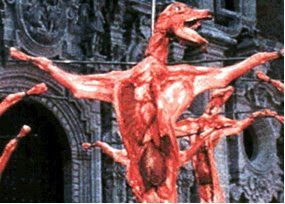 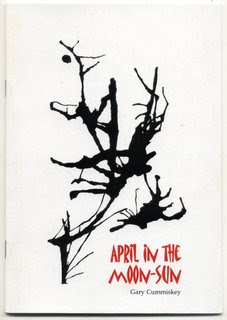 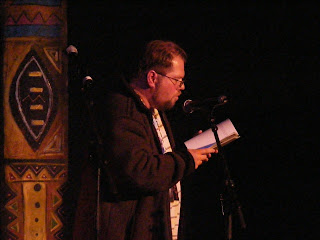 An International Poetry Festival takes place in South Africa once a year, with Poets from all around the globe. This included the Netherlands, South Africa, Mozambique, USA and many more. The event stretches over a week, but unfortunately I could only make it to the finale (October, 4th). The Finale that took place at the BAT Centre (a local centre of creative arts and music) was a huge success. I was honored to read there at the event. I represented a local poetry club called Live Poets Society (LiPS)...
Read more here from http://philosopherpoet.wordpress.com/
Posted by Gary Cummiskey at Saturday, October 11, 2008 No comments:
Labels: Gary Cummiskey, Poetry Africa 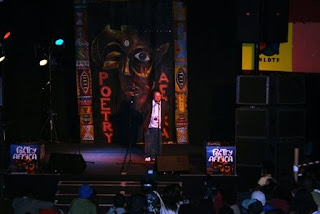 In all the boisterous excitement you’d have forgiven the wry 2008 Poetry Africa delegate Anton Krueger (dressed in sporty red gangster fatigues) for thinking Durban’s BAT Centre dealt with “rehabilitating wild animals” - as all the discerning reserve of the preceding days at the festival viewing took an energised turn for the spirited during Saturday’s finale...Read more here.
Photo courtesy of Centre for the Creative Arts at Book SA
Posted by Gary Cummiskey at Tuesday, October 07, 2008 No comments:
Labels: Anton Krueger, Gary Cummiskey, Poetry Africa

Gary Cummiskey has published several collections of poetry, including Reigning Gloves, The Secret Hour, Lost in a World, Visitations and When Apollinaire Died, to name but a few.

He also owns his own independent publishing company, Dye Hard Press. Born in England in 1963, he first came to SA in 1969 and has lived in SA since 1983, and is based in Joburg.

What is your view of the local poetry scene?

It's exciting, as there is a huge amount of poetry being produced at the moment. But a big problem is diminishing readership, and so many publishers are not keen on publishing poetry because it is viewed as being too much of a financial risk.

There is also the attention given to a lot of spoken word, hip-hop-type poetry. Spoken word poetry is important and I support it, but a problem in SA is that it is becoming standardised and predictable. There is too much emphasis on quality of delivery and form, rather than on quality of content.

We are also seeing trends involving the commodification of poetry and the celebritisation of the poet. Some poets are becoming marketing brands, are encouraged to become marketing brands, and those who resist this trend, or who do not fit the mould, risk being ignored.

You consider yourself to be "a bit of an outsider". How so?

Well, I was born in England, but moved to SA when I was 6, and we tended to move around a lot because of my father's work, always moving schools, changing environments . I then went back to England when I was 10, but never really felt at ease or at home there. I returned to SA when I was 20, and was in England for a short while again in 2001/2002.I met one or two poets in London, but I felt an immense cultural chasm between us. It was as if we were talking a different language. I have never felt that I have actually belonged to a certain culture or certain values. I have always been a bit of a lone wolf, an outsider, yes. But I see it as an advantage.

How would you describe your poetry?

I take a surrealist approach to poetry. Surrealism has been a tremendous influence on my work and thinking since I was 15 and read a book of surrealist poetry.I see poetry as part of life: it is there in the supermarkets and shopping malls, in dreams and overheard conversations, in taxi ranks and soccer stadiums, in beer cans and empty streets. It is not something to be composed in the study by academics.

Last night, feeling suicidal,
I leapt over the balcony
And landed flat on my back
In the garden below,
Almost squashing a snoozing cat.
Lying there, I looked up
At the sky and saw how empty
It was, apart from a few
Insignificant stars.
Now I know I am immortal. 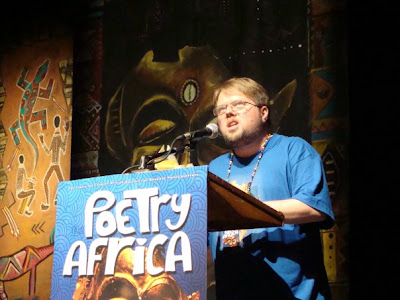 The 12th Poetry Africa International Poetry Festival takes place in Durban from the 29 September to 4 October 2008. One of the featured poets is Gary Cummiskey. I asked Gary a few questions about his writing, as well as his publishing through his press, Dye Hard Press...Read more here
Posted by Gary Cummiskey at Sunday, October 05, 2008 No comments:
Labels: Dye Hard Press, Gary Cummiskey, Janet Van Eeden
Newer Posts Older Posts Home
Subscribe to: Posts (Atom)