Writing on the margin from the margin: Who was Sinclair Beiles?

Dye Hard Press, in conjunction with WISER, invite you to

Writing on the margin from the margin: Sinclair Beiles

Who was Sinclair Beiles?, a compilation of writings about the South African Beat poet who died in 2000, was recently published by Dye Hard Press.

Co-editors Gary Cummiskey and Eva Kowalska, along with contributor Fred de Vries, will discuss issues about the book, such as:

· Why has Sinclair Beiles’s work been neglected in South Africa?
· Why has there previously been no serious attempt to evaluate his work, and why has it fallen to a small publisher to make the first attempt at doing so?
· What are the challenges involved in trying to evaluate a marginalised writer such as Beiles?
· What is the purpose and relevance now, in 2009, in writing about Beiles? 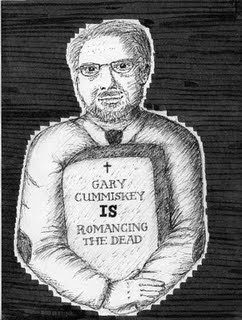 Wrong side of the tracks?

For the past two years, an issue that has cropped up about the Cape Town International Book Fair has been the extremely high cost it involves for out-of-town publishers – and particularly small publishers - to participate in the event. In fact at this year’s fair the number of small publishers – whether from Cape Town or elsewhere in the country, was no more than a handful.

It was perhaps with this mind that independent Johannesburg-based Botsotso Publishing and NGO Khanya College teamed up to organise the Jozi Book Fair, which took place on August 8-9. Of course these two organisations did not have the benefit of two very powerful sponsors that the Cape Town Fair has – namely the Publishers’ Association of South Africa and the Frankfurt Book Fair – so it was obviously going to be on a far smaller scale – there were only 41 exhibitors – with fewer trimmings, bells and whistles.

Unlike the Cape Town fair, which takes place at the Cape Town International Convention Centre, surrounded by plush hotels, the Jozi Book Fair took place at Museum Africa in Newtown in downtown Johannesburg. This difference in location was not only indicative of practical financial considerations, but also of cultural if not political considerations. Indeed, the catalogue to the Jozi fair states that the event “is open to publishing houses which are committed to a social justice agenda and who feature contemporary and cutting-edge writing internationally and regionally”.

The two-day fair also hosted a number of seminars, launches and readings, and was preceded by a two-day workshop looking at establishing alternative means of distribution for small publishers in Africa.

On the opening of the fair itself, however, things got off to a slow start with the crowds coming in only about 11am, although the fair had officially opened at 9am. A key problem – which I heard about continuously over the next two days – was that promotion and advertising had not only been sparse, but last minute. As one bookseller told me, if he had been aware of the fair a month in advance, he could have advertised on his newsletter to customers.

Another problem was that the fair was situated on the second floor of the museum, and so visitors still had to find it, whereas the ideal would have been a venue where visitors would simply walk through the main doors to be in the exhibition hall.

Nevertheless, it was great to meet up and chat with some of my fellow small publishers again. It was wonderful to see Modjaji Books’ Colleen Higgs, Kotaz’s Mxolisi Nyezwa, Botsotso’s Allan Kolski Horwitz, Timbila’s Vonani Bila, as well as Chimurenga, Wordsetc and distributor Stephen Philips. Mid-sized independent publisher Jacana was there, as was art-book publisher David Krut Publishing. It was also good to finally meet Robin Malan of Junkets Publishing. There were also quite a few NGO publishers, and one or two publishers from other African countries.

As I said, by 11am the crowds started pouring in and at one point I had about seven people around my stand, which I was sharing with Deep South. Sunday, however, had only a trickle of visitors. Some of the exhibitors – including Frank Talk Press – did not even pitch up on the Sunday.

Some of the Jozi Book Fair’s critics described the event as a damp squib, if not a disaster. I think this criticism is a bit harsh. Plus small independent publishers in SA have for some time been talking about the possibility of having a separate book fair, as opposed to the large-scale commercial Cape Town event, and it is only natural there would be teething problems.

But we have to get the public in and so publicity and promotion is crucial.

Stephen Gray and Sinclair Beiles: which is the real literary con man?

Stephen Gray, in his review of Who was Sinclair Beiles?, (Mail & Guardian, 07/09/09) implies that Sinclair was “some sort of impostor? A scam?” Gray’s egregious insinuation is further developed in the article: “In the classic accounts of the period, James Campbell’s The Beat Generation and Barry Miles’s The Beat Hotel, “our boy” merits only a footnote or two, and no listing of his works, if there were any, in the bibliographies.”...Read more here
Posted by Gary Cummiskey at Wednesday, October 14, 2009 No comments:
Labels: Aryan Kaganof, Stephen Gray, Who was Sinclair Beiles?
Newer Posts Older Posts Home
Subscribe to: Posts (Atom)