Ted Joans: in search of the marvellous 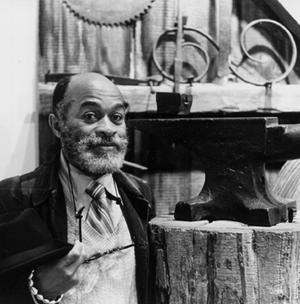 On May 7 2003, the 74-year-old African-American beat poet and artist Ted Joans was discovered dead in his apartment in Vancouver, British Columbia. It is believed Joans, who was seriously ill with diabetes, had been dead for almost three weeks. The irony that such a gregarious man as Joans should have died alone has been commented on. Yet despite being one of the most colourful, energetic and prolific members of the beat generation, Joans was also probably one of the least known.

Born Theodore Jones in 1928 in Cairo, Illinois, (he later changed the surname to differentiate from the more common spelling) his parents were show people who worked on a Mississippi riverboat. In 1943 his father was murdered by white workers during the Detroit race riots. It was also about this time that he discovered surrealism, which, as he wrote years later, he chose as a weapon to defend himself against ‘abject vicissitudes’ of a racist society.

After graduating from the University of Indiana with a Fine Arts degree in 1951, Joans moved to New York where he settled in the Greenwich Village scene of artists, poets, coffee bars and jazz. He once shared a room with Charlie ‘Bird’ Parker and learned to play the trumpet. By the middle of the decade he had become part of the emerging beat scene, participating in public poetry readings with writers and poets such as Diane di Prima, Jack Kerouac and Allen Ginsberg, as well as fellow African-Americans Amiri Baraka (then Leroi Jones) and Bob Kaufman. 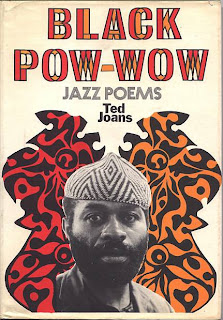 His first poetry collections were published in the late 1950s. After the failure of his first marriage and feeling that the beat scene had become too commercialised, however, Joans set off for France in the first of a series of extensive travels that would also take him to north Africa, Holland, Germany, England and even South Africa. Wherever he went, Joans became immersed in a fervent activity of writing, painting and public reading, dividing regular residences between Timbuktu, Amsterdam and New York.

When Joans visited South Africa in 1994 he gave readings at the Windybrow Theatre in Hillbrow and at Kippies Jazz Club in Newtown. I remember being struck by his warmth and ageing grace, although he hadn’t lost any of his occasional ribald humour. His insistence that poets should focus on ‘writing the poem’, rather feeling restricted by formalist constraints, was true to the spontaneous spirit of jazz and surrealism. His vibrant, charismatic performance reminded me that poetry is a shared, living experience; not words buried alive in a book.

In almost 40 years, Joans published as many titles, the majority of them in small limited editions now out of print. Most probably the only collections still readily available are those published by Calder & Boyers in the early 1970s, A Black Pow-Wow of Jazz Poems and Afrodisia, as well as two recent selected volumes, Teducation (Coffee House Press) and Our Thang (Exstatis Editions), which also featured drawings by Joan’s companion, artist Laura Corsiglia. 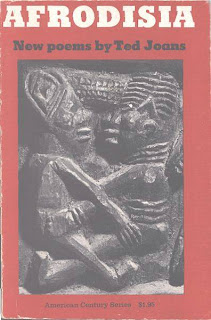 Joans’ poetry is influenced by Langston Hughes, André Breton, his fellow beat poets and jazz. It is characterised predominantly by colloquial expressions of black consciousness, revolutionary pride and eroticism. Believing that any revolution based purely on political change was futile, Joans emphasised that liberation was also required from ‘self-inflicted oppressions’, particularly those related to sex. His goal was, as with Breton, ‘human emancipation’.

Although surrealism plays a somewhat marginal a role in his poetry, it is clearly expressed in his art, particularly his collages, which are reminiscent of Max Ernst. "Jazz is my religion," he once said, "and surrealism is my point of view.”

Despite Joans’ numerous publications, he nevertheless remained less known than some of his contemporaries, less anthologised, and certainly less cash flush. Yet for the man who regarded the rhino as his totem animal, he was, as he wrote to writer Jack Foley, "..never in the rat race, only the rhino race in search of the marvellous". 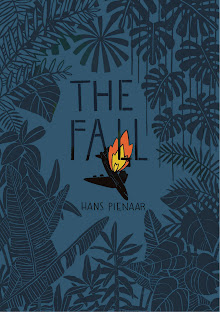 The Fall, a collection of poems by Hans Pienaar. Order directly from the author at mwhanspi@gmail.com for R350 (postage included). 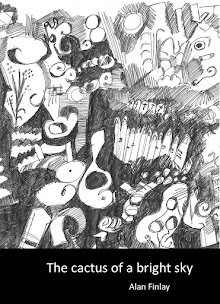 The cactus of a bright sky by Alan Finlay. A chapbook of seven poems, limited to 50 numbered copies. Order directly from the publisher at dyehardpress@iafrica.com 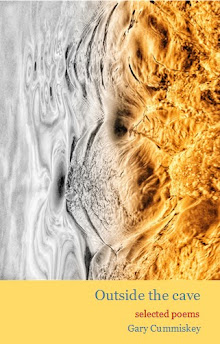 Outside the Cave: selected poems by Gary Cummiskey. Selected and introduced by Kobus Moolman. Email dyehardpress@gmail.com to order. 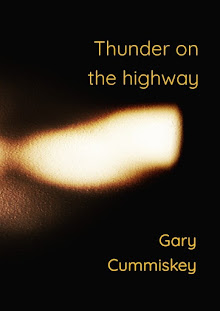 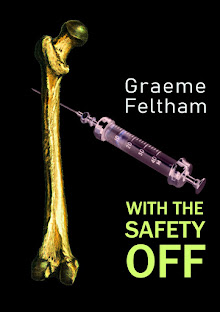 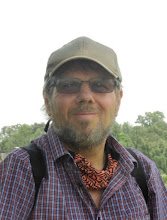